Wherever you decide to travel, the best companion you could bring along would be your camera. After your long journey abroad, your camera will be the only device that can capture the world the way you see it so that you can share your perspective with others.

A camera that has caught our eye for being able to take professional quality photographs with the perk of being extremely small in size is the Panasonic Lumix ZS50 Camera. 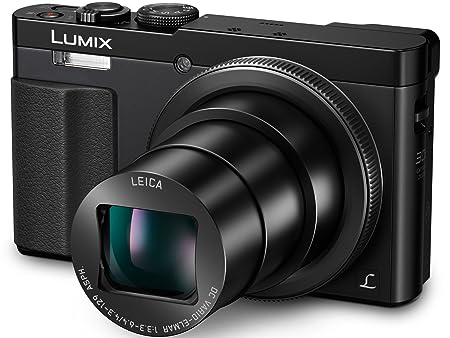 Keep reading for an in-depth review of what the Panasonic Lumix ZS50 Camera has to offer.

The Panasonic Lumix ZS50 Camera is built with never before seen Hybrid O.I.S technology that effectively functions to minimize blur and ensures images that are leveled.

This technology includes a 5-axis Optical Image Stabilizer that works automatically to detect any type of blurred object that may affect the overall quality of the final photo. The camera knows which five types of movement to identify and functions from there to sense and correct any blurring.

Panasonic broke barriers when it released the Lumix ZS50 Camera since it reduced the sensor resolution to the point that it measured less than 20 megapixels. In fact, the Panasonic Lumix ZS50 Camera is classified as being a 12-megapixel camera.

For those who had doubts about the 12-megapixel camera, you should rest assured that they are unwarranted. Critics left, and right started to praise the Panasonic Lumix ZS50 Camera since its 12-megapixel feature does a better job towards capturing objects in dim lighting.

The high-resolution competition finally had a camera to worry about since the Panasonic Lumix ZS50 Camera improved on its flaws. The lower resolution also works in conjunction with the less aggressive noise reduction to enhance the photos you would take under low-lighting.

To break it down even further, the Panasonic Lumix ZS50 Camera features a range that extends up to an ISO 6400. However, professional photographers all agree that you shouldn’t be using an ISO above the 800 range. 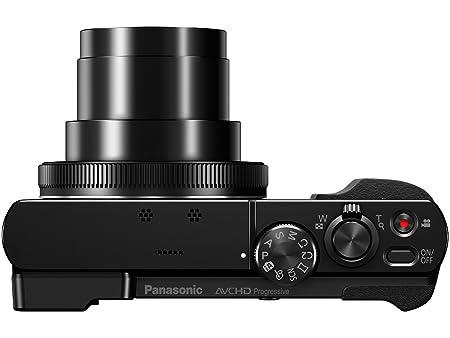 If you were to set your Panasonic Lumix ZS50 Camera to an ISO 6400, the photo you'll be taking would appear to look more like an impressionist painting than a real-life photograph.

In regards to its video taking capabilities, there is a particular range that ensures optimal video quality. Similar to how with photos you need to set the ISO to a specific parameter, videos function the same exact way.

When taking a video in the 1080/60p range, you should expect smooth quality as well as close to now signs of artifacts and trailing. Even though the low light sensitivity comes in handy when taking photos in dim lighting, the opposite is true about recording videos.

In fact, a majority of buyers have complained about the low-light sensitivity feature. In regards to taking videos, the camera itself would require at a minimum of 15 lux of light for you to be able to record an entirely usable image.

If you expect to use the Panasonic Lumix ZS50 Camera to record birthday parties, you may want to think twice about purchasing this product. Candle-lit birthday parties are not ideal video recording settings with a camera that comes built with such low-light sensitive features.

When you think about the Panasonic Lumix ZS50 Cameras lackluster video quality, it shouldn't come as too much of a surprise. This is because the lens features a maximum aperture measuring to be around f/3.3, which doesn't allow much room for an accurate video recording.

Based on positive buyer reviews, the Panasonic Lumix ZS50 Camera is simply an improved version of the previous ZS-camera models. Panasonic made sure to keep the design specifics that buyers always praised and added a few tweaks to make the camera itself more user-friendly.

In regards to the design, the Panasonic Lumix ZS50 Camera still carries a similar aesthetic feel that would be compact, elegant, and black. If you were to have an older ZS-camera model at home, you wouldn't notice much of a difference other than the slightly larger grip in the new ZS50 model.

If you were a fan of the extensive controls made available to you by the previous ZS-camera, then you're in luck. The Panasonic Lumix ZS50 Camera comes with all the controls that make it possible for you to have total control over your image taking.

One feature that did receive an upgrade was is the alterations made to the grip and aperture ring. The older ZS40 model was built with a forward grip design that was made out of a 1-inch strip of leather.

After taking a look at all of the online vendors that claim to be authorized sellers of the Panasonic Lumix ZS50 Camera, an overwhelming majority seem to rely on Amazon.

Amazon, unlike the rest of its competition, places customer satisfaction first, which is why buyers appreciate the fact that it offers yearly protection plans. In regards to cost, Amazon also beats other sellers since it offers about a 20 percent discount off the cameras original price.

$249.00, you can equip yourself with the tool to be able to take pristine quality photos. People will assume that you’re a professional photographer after you capture some images with the Panasonic Lumix ZS50 Camera.

This is the optimal gift for someone who's been meaning to dabble in photography but just doesn't have the funds to set aside to buy himself a high-grade camera that's reasonably priced.

I would highly recommend purchasing the Panasonic Lumix ZS50 Camera because you won’t be disappointed with the results.